Build Your Idea without Knowing How To Code

Photo by Riccardo Annandale on Unsplash

Has this ever happened to you?

You have an idea.

An idea for an app, business, or project that you think will bring in piles of extra money. Possibly financial freedom, and a life that you can live on your own terms.

This idea keeps you up at night, and you tell all your friends, family, and significant others about how great this idea is. You probably tell yourself things like

Nobody’s doing this yet

However there’s one thing holding you back.

You don’t know how to code.

And, you also don’t have $5000+ to shell out to a developer to research and build your idea.

So what do you do?

Do you give up, throw your hands up in the air and say

...because there’s an alternative.

The Rise of No-code

“No-code” is a movement built around tools that make building products such as apps, dynamic webapps, websites, or chatbots  easier for the non-technical entrepreneur (entrepreneurs who do not know how to code).

These tools allow everybody to become makers. They are increasing access to creation for people from different backgrounds and life circumstances.

If you think about it...increasing access to tools that allow anybody to become a maker has led to the formation of multiple million dollar companies. e.g Shopify and Etsy.

So it would basically take 6-12 months and most of your life savings to learn that the idea to set up an ecommerce shop selling your hand-made woolen socks would NOT be a viable business.

With Shopify, that entire process would have been cut down to 1-2 months at a cost of $29/month. That’s a $58 experiment. Shopify would handle the website maintenance, security, payments, and many other things. All you would have to worry about would be creating, marketing, and delivering the product.

It’s the same situation with websites. Before drag-and-drop website builders like Wix, Squarespace, or Weebly existed, building beautiful websites was a skill limited to the few chosen web-developers.  With the availability of these platforms, people now have the ability to build websites that could have massive impacts on their own businesses and their lives. It allows them to create and become makers.

Now the ability to create things without knowing how to code has moved from websites to building functional mobile apps, responsive web-apps, smart chatbots, and many more examples.

There are limitations to these tools. They are not perfect. You’ll probably run into some restrictions based on what you want to create. However, they can help you build products, distribute them and test if people are actually going to use and pay for them without spending thousands of dollars finding and coordinating with a developer. Even developers are opting to use these no-code tools to test and validate ideas before spending time developing them.

What Audience Members Were Saying

GRAVETI hosts lots of events bringing in tech entrepreneurs of color to speak about their startups. However, some of the same troubling themes kept on coming up from audience members.

There would be comments such as:

I want to build something, but I don’t even know how to start

I paid $5000+ to a software development shop for a half-finished, buggy app, that doesn’t do what I expected it to do

Now here’s the cold, hard, truth. Ideas aren’t worth that much. Execution is. Test out your idea by building a prototype, and putting it out into the market to see if it’s something that users can understand, use and get behind.

Software development shops are not bad. However, the bulk of their costs comes from researching what requirements it will take to build your product, as well as managing your expectations. This is a prime area for miscommunication, because your vision and the development shop’s vision may not be in sync. This could lead to a buggy, half-finished final product.

Now imagine if you had a working prototype that did exactly what you wanted it to do; that was actually making money! This could help you recruit a technical co-founder, have better expectations with the software development shop, or even continue building out the prototype on the no-code tool that you were using.

Why is this important?

Inclusive Growth, as defined by the OECD,  is economic growth that is fairly distributed throughout society, and creates opportunity for all.

So, for every $100 a white person makes, a person of color makes $66.7 on average in the Minneapolis-Saint Paul Region.

The Center For Economic Inclusion, in Minneapolis, took a more granular look into this data by separating it out by race and space. These things stood out:

GRAVETI believes that the no-code movement will play a big part in increasing inclusive growth. With access to these tools, diverse entrepreneurs with knowledge and ideas, but no technical/coding skills will be able to build out early versions of different products, test them out, and monetize them.

By addressing the barrier of technical expertise, these makers can engage in product development, and react to the market as time goes on.

GRAVETI is a start-up, and the product is the monthly event that brings in entrepreneurs of color to speak to aspiring entrepreneurs.

To address the technical (coding barrier), GRAVETI will be using no-code tools to build out prototypes of different products over the coming weeks in the next series of blog posts.

For some of these no-code tools and resources, take a look below:

Here are some resources that will be helpful. They have tutorials and examples of products that other people have built with no code e.g an Airbnb for Music Studios and other projects.:

Even though you don’t need to learn how to code to use these tools, you will still need to understand what the tool can and can’t do.

If you have an idea, but don’t have the money to pay for a developer, and don’t know how to code then use these tools and get STARTED. That’s right...simply get started.

Let me know how things go. Good luck with building things, can't wait to see what you create. 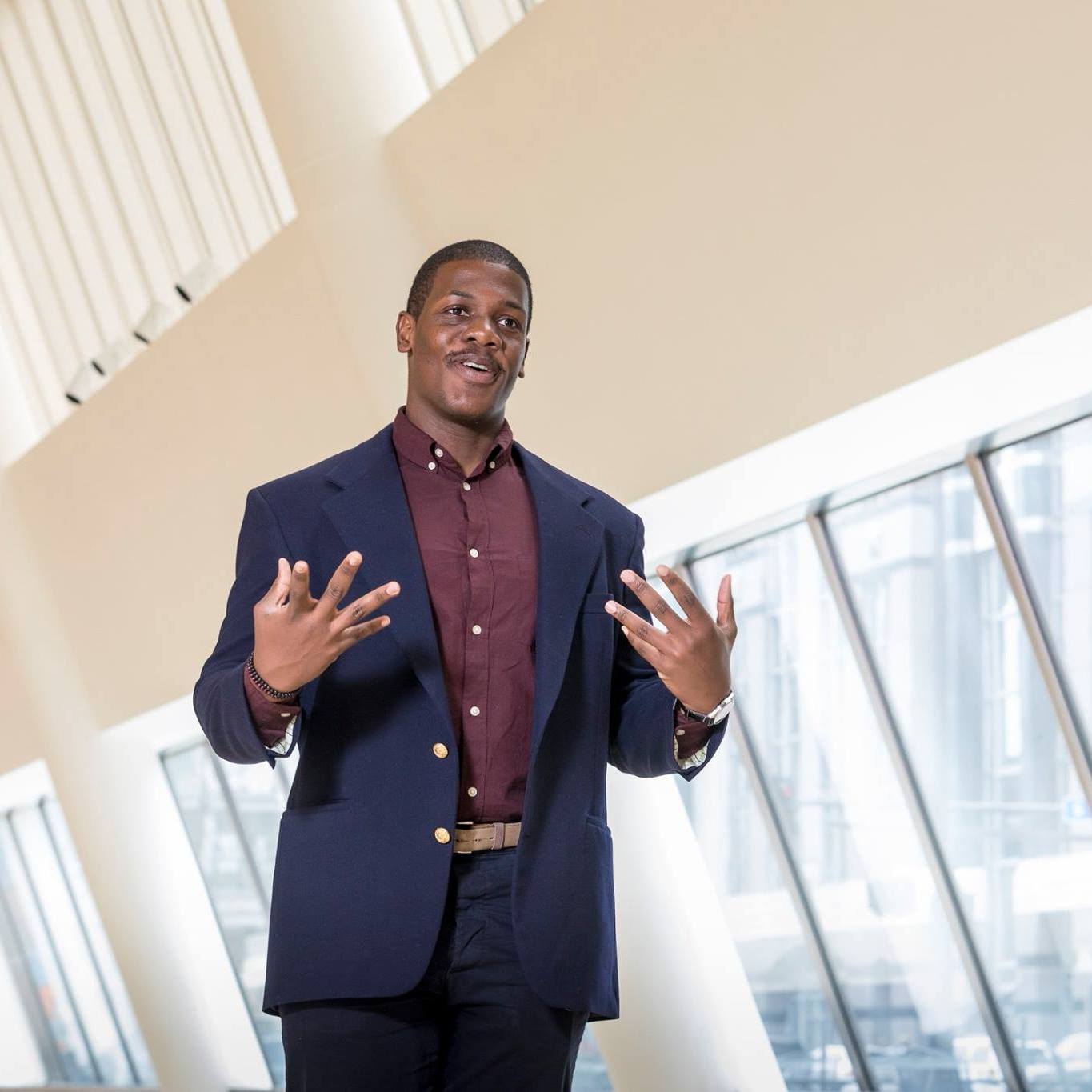 Nana Adom Mills-Robertson has a deep interest in entrepreneurship and economic development. He is a regular contributor to GRAVETI's blog. On any given day you can find him thinking about topics like value-creation, increasing access to entrepreneurship, and eco-system development.

Thank you! Your submission has been received!
Oops! Something went wrong while submitting the form.